Coming from place far far away

Many many thanks to all the guys from Los Techies for their invitation! I feel flattered being now a member of the group. Many of the members of Los Techies I have been able to meet personally either at the Alt.Net Open Space conference in Seattle/Redmond last year or at the Kaizen conference in Austin TX also last year.

For all those who don’t know me I want to introduce myself a little bit.

I am living in Switzerland not too far away from Zurich. I live in a small village called Dättlikon which is very quiet and surrounded by hills. Switzerland might be known to you for its banks, watches, cheese and chocolate. Zurich is the biggest and economically most important city of Switzerland. 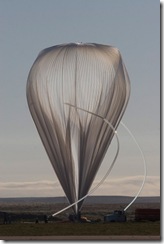 I have studied Physics and have done my Ph.D. in Astrophysics at the Federal Institute of Technology in Zurich (ETH). During my work for the Ph.D. thesis we launched a stratospheric balloon borne telescope to measure the radiation of new born stars. The balloon was 120 meters in diameter and filled with hydrogen. It mounted up to a height of 40 km above sea level. This was an amazing time and a big challenge for a young Ph.D. student like me. 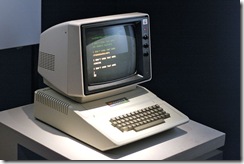 The first computer I owned was an Apple II back in the early 80’s. I still remember it’s characteristics. The computer had a 1 MHz 8 bit CPU and 32 KB of RAM. I used a tape recorder as an external storage. I developed software in BASIC and later on in UCSD Pascal. I knew each opcode of the CPU by heart. Amazing times…

Later on, in the late 80’s I used Macintosh and developed software in Pascal mostly for scientific purposes.

Then I developed in Turbo C (not C++) on a special denomination of DOS (called RT DOS) which was multi tasking enabled.

We are still very proud that the inventor of Pascal – Niklaus Wirth – was a professor at the Federal Institute of Technology in Zurich where I have studied. Niklaus Wirth later on also developed Modula and Oberon. Pascal is the father of Delphi which was developed at Borland by Anders Heilsberg who is now chief architect for C# at Microsoft.

I am an independent consultant, developer and part time teacher since about 12 years. The first few years I worked alone, later on I founded a small company with a partner and we have been developing custom designed software for various mid-sized to big companies. Among these companies of the following sectors: banks, government, chemical-, electricity- or machine industry.

During the last two years or so I more and more migrated from a “classical” developer doing mostly plan driven development (with big upfront design)  to a more agile style of development. I started to apply TDD onto my projects, which was not easy for me after having done software development for so many years in a “classical” style with no tests at all or with (unit-) tests developed after the fact.

Where as in the past the debugger has been one of my main tools I do now barely use it any more. As a consequence of me applying the S.O.L.I.D. patterns and principles my code base is now way easier to read and understand. In the past my code has certainly not been bad. But it was to complex and abstract. Some times my co-workers had a hard time to understand it.

One of my favorite topics besides software development is didactics and methodology. I have some ideas about possible posts in this subject area. The first post would probably be about learning, understanding, applying, analyzing, synthesizing and judging new stuff. Of course the article would take software development as a specific sample for the discussion. I am open for any feedback regarding this suggestion. Do you consider this as an interesting topic?