In the previous two posts (here and here) I first prepared a new Ubuntu 14.x VM running hosted in Hyper-V on Windows 8.1 Enterprise. Then I installed all the necessary tools and libraries to start developing Web applications using Angular JS on the client and .NET (Mono) or Node JS on the backend. In the second post I described how we can install and run MongoDB and GetEventStore on our VM. In this third part I want to install and run Elastic Search. The software of my company relies heavily on Lucene which is a low level framework for full text indexing. In the past we have build our own high level framework on top of Lucene (we use the .NET version of it). On the long run apart from being complex, this is a maintenance burden. Thus we decided to give Elastic Search a try.

Lucene and Elastic Search run on Java thus we need to first install this. Open a terminal (CTRL-ALT-T) and add the PPA

Finally we can check out which version we run

Elastic search is very easy to install and run. It is highly scalable and has a nice REST API over which all access happens. We start by downloading and installing the public signing key

To start Elasticsearch use this command

Similarly to stop Elasticsearch use

To test Elasticsearch I want to use curl. We can install curl like this

If all works well we should see this 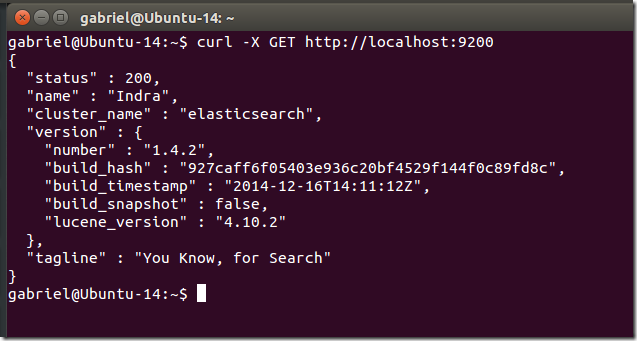 When playing around with a REST API I also like to use the Postman – REST Client for Chrome. We can install this extension from here. Using the exact same URI as with curl we have this 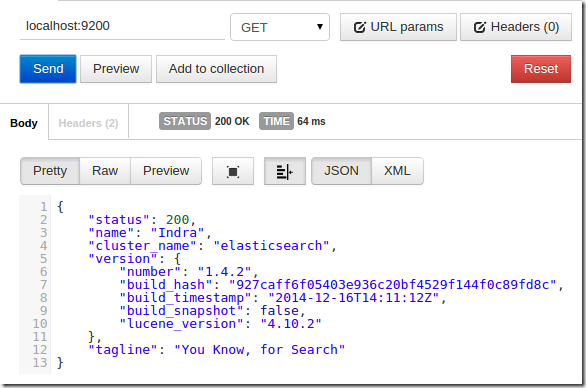