In the large agile project I talked about in the last post, one of the biggest improvements in our process was combining our story workflow across all teams. At the start of the project, we didn’t really know what our cumulative development process would be. The dev team had a fairly established regimen on how to develop features. Our workflow wound up looking like: 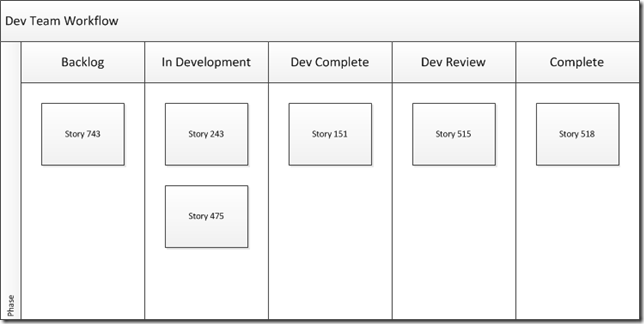 This workflow was on a whiteboard next to the dev team. The story boxes were large Post-It notes, but the actual stories we worked on were mini requirements documents (side note, the whole “card and a conversation” is just bunk, from my experience).

We established this workflow very early in the project, but there were two other major phases in the entire workflow of getting a story from “concept to cash”, so to speak. The three phases a story went through were: