I love Git. It’s very powerful tool that lets me bend my repository to my will, with commands and features that blow the other source control providers I’ve used out of the water.

However, the tooling just doesn’t do it justice. From the download, installation, integration and CLI experience, it always feels like (in Windows land) that you’re playing in someone else’s back yard.

Over the next few posts, I’m going to compare the experience of using Git with that of Mercurial, who has, in my opinion, lesser features, but a much MUCH better experience.

From there, I want to download Mercurial. Both websites offer very clear ways of doing so. The Mercurial site:

And the Tortoise Hg site: 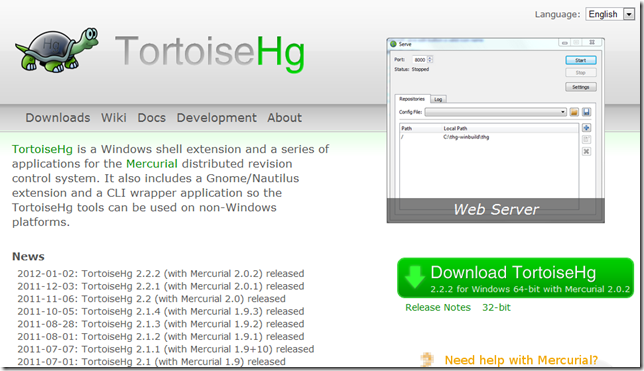 Two very large “download buttons”. These buttons are interesting in that: