On NuGet of course.

This was a big release – I undertook the exciting challenge of supporting all the new platforms from VS 2015, and in the process, collapsed all of the projects/assemblies into exactly one assembly per target framework. It’s much easier to manage on my side with just the one project instead of many different ones: 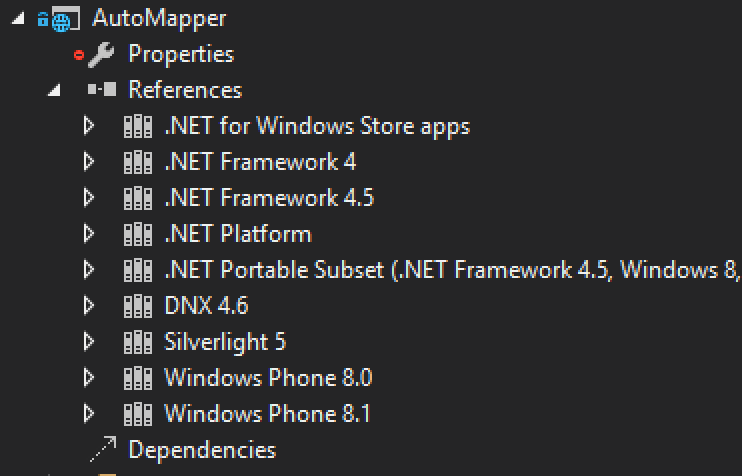 I have to use compiler directives instead of feature discovery, but it’s a tradeoff I’m happy to make.

There’s a ton of small bug fixes in this release, quite a few enhancements and a few larger new features. Configuration performance went up quite a bit, and I’ve laid the groundwork to make in-memory mapping a lot faster in the future. LINQ projection has gotten to the point where you can do anything that the major query providers support.