Working with Forks on GitHub or CodePlex

So you want to contribute to a Git project on GitHub or CodePlex. The first thing you always do here is create a fork, which is easy enough:

After you create your fork, you’ll likely then clone that forked repository locally like:

That’ll create a remote called “origin” that points up to your fork (in this case, on github). Check out the Git book for more info on remotes.

But we’re not quite done. We’ve created a fork, which is its own entire repository, separate from the original “central” repository: 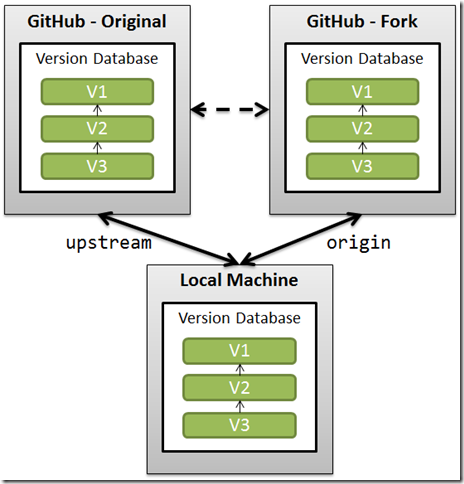 In this new distributed reality, we need to be able to work with those upstream repositories effectively.

If you want to make changes locally, great! But always make those changes in a branch. What we want to do is still be able to pull in any upstream changes, but isolate any contributions we make to the project. In order to do so, we’ll always create a local AND remote branch for any work we do. Our workflow looks like this:

The reason we want to isolate our custom work from the master branch is that it makes it much, much easier to integrate and keep up to date with upstream changes. An example in GitHub is: 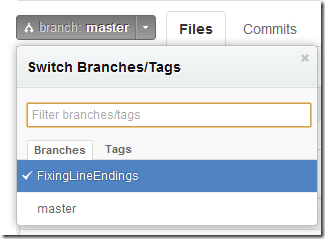 I have two branches – the default “master” branch, and one that I’m going to isolate for a pull request. The nice thing about CodePlex and GitHub is that they both allow you to “add” changes in the form of commits to your pull request. By isolating potential pull requests into a separate, dedicated remote branch, we can ensure that we don’t paint ourselves into a corner where we want to pull in upstream changes or work on something else.

Branches – local and remote – isolate work, and both GitHub and CodePlex work well with branches as pull requests.

When you’re done with any upstream changes, and our pull request is either accepted or rejected – kill your local and remote branch:

Once our changes are integrated (if they are), we want to use the upstream repository’s version of our changes.

With that remote added, we want to fetch upstream, merge all local branches with that repository, and push that to our upstream:

← How to fork the ASP.NET Web Stack to GitHub
ASP.NET Web API, MVC, ViewModels and Formatters →