The other day I was having a discussion with my co-worker Justin and came up with an analogy I rather like. I was working on three similar, but slightly different features and first decided to build the foundation for all three of these. Not long in and Justin recommended that I should probably get one of them working (a vertical slice) and then building the other two should be a lot smoother because the patterns defined in the first will already be proven. 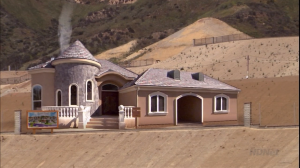 This makes sense and I have done this in the past. This time around though, a few ideas came to mind:

I ended up building one feature fully (vertical) and then was able to build the (horizontal) pieces of the other features as I already proved they were working and good enough in the first.

I think the model home analogy is a good one for me and I thought I would share.